Breach of Fiduciary Duty and the Forensic CPA 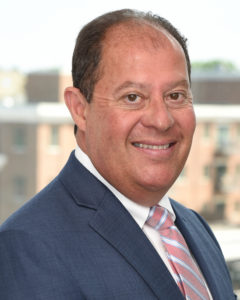 Where a fiduciary does not act in the best interests of the beneficiary a forensic CPA can play a critical role in analyzing and quantifying economic damages, as well as determining the parties responsible for the breach.

When one party has an obligation to act in the best interest of another party it is referred to as a fiduciary duty. If the party acts contrary to that duty, it is called a breach of fiduciary duty and can give rise to legal action in civil court. Examples of relationships involving fiduciary duty include:

Breach of fiduciary duty as a business tort (a cause of action for a civil lawsuit) is discussed below, including elements of the tort and common remedies.

An Overview of a Fiduciary Relationship

At its most basic level, a fiduciary relationship may exist when a party places confidence and trust in another party with that party’s full knowledge. The party who owes a duty to the other party in such a relationship is called a fiduciary. For instance, attorneys are the fiduciaries of their clients. But in order for this duty to be legally enforceable, the relationship must have been created either under the law (statutes, legal proceedings, or contracts) or through the factual circumstances of the relationship (often based on established case law).

Fiduciary duties governed by statute include, for example, those owed by a business partner to his or her other partners or the duty of board members to represent the interests of the shareholders. If the fiduciary relationship isn’t implied through statute, then it may be stated explicitly through a contract…along with the specific duties owed.

What Does it Mean to Breach One’s Fiduciary Duty?

There are several ways a fiduciary can breach his or her duty, but it basically comes down to the following factors:

A breach could be actions that are contrary to the interests of a client, actions done out of the fiduciary’s own self-interest, or failure to disclose pertinent information (such as a conflict of interest). For example, a company’s CEO orchestrates a deal to acquire a struggling company owned by his best friend. Assuming the acquisition was not in the best interests of the acquirer and actually hurts its bottom line (and share price), the shareholders may pursue a breach of fiduciary duty lawsuit to recover losses.

Elements of a Breach of Fiduciary Duty Claim

In order to prevail in a claim for this tort, the Plaintiff must be able to prove the following elements:

Remedies for Breach of Fiduciary Duty

A plaintiff who prevails in a breach of fiduciary duty lawsuit typically will recover the  actual damages incurred, but also may recover punitive damages if the breach can be proven to have been committed out of malice or fraud. But calculating the exact amount of damages caused by the breach…or even proving that a poorly executed business action was in fact a breach…can be quite difficult.

Role of the Forensic CPA

In a breach of fiduciary duty matter, the forensic CPA should first conduct a discovery phase. They typically will know what information to look for and the right people to interview to collect relevant and helpful data. Next, they will combine their accounting and investigative skills to analyze all information and create written reports of their findings…with supporting financial analyses. Within this step, they will trace assets by looking through financial statements and banking documents to determine if there was any asset misappropriation. Importantly, an experienced forensic CPA can effectively serve as an expert witness in support of their opinions during depositions or trial.

The reports and final analyses provided by the forensic CPA can play a key role in the outcome of breach of fiduciary duty action. Their ability to identify, investigate, analyze, test and interpret financial data is a significant value-add to parties involved in these cases. You should select a firm that is dedicated to the forensic accounting field, which provides for ample experience managing a diverse caseload of litigation matters requiring forensic investigation. They also can tap into best practices daily to ensure their clients receive efficient and quality service.