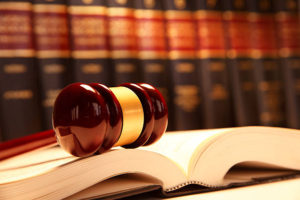 To determine the loss period, there are several sources to choose from.   According to a 2012 survey by Slesnick, Luthy, and Brookshire, more than 62% of damages experts use tables in Forensic Journals to determine the loss period.  Utilizing a combination of methods was the next highest source at 18%, followed by using a fixed period at 8%.  The use of BLS tables and the use of the LPE method were 5% and 3%, respectively.

While BLS began publishing work-life expectancy estimates for the US population in 1950, the BLS assumed that individuals simply worked, then retired with no intervening periods of not working. In contrast to what was known about non-work periods due to unemployment, sickness, child-bearing, training, etc., BLS maintained these publications until 1982.  Due this analytical shortcoming, some early forensic accountants simply chose a date-certain retirement age, like 65 years.  For example, if an individual was in a fatal accident at age 40, the expected loss period would be 25 years (65-40).   This choice made sense since 65 was the age that Social Security payments began in full and many companies had in place retirement policies at that age.

An improvement came in 1982 when BLS published a series of papers using “increment-decrement” tables to measure periods of time when an individual transitioned in and out of the labor force.  According to BLS classification, to be in the labor force means one is either employed or unemployed and actively seeking work.  This meant BLS published the number of years of labor force participation, not the years of expected employment.  Still, this one publication series remains used by 5% of damages experts to estimate work-life expectancy even though it used 1979/1980 labor force data which are almost 40 years old.  For many groups, such as women who have had sharp increases in work likelihood in this period, the information is out of date.

The LPE method of estimating expected work life allows for separate estimates of viability, labor force participation and working. There are several advantages to using the LPE method including the use of more current data on participation and unemployment and the ability to distinguish participation from unemployment. Also, for some groups like single females, participation may be more like those for males rather than be included with other women who have had periods of non-work due to time taken from the work force to raise children. The LPE method allows for flexibility for participation. The challenge remains however, for the damages expert to explain to the court not just probability theory but the joint conditional probability distribution of multiplying three probabilities, L x P x E, and summing each of these joint conditional probabilities for each year until some terminal year, usually age 75 for LPE practitioners.