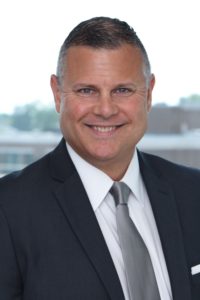 Businesses are experiencing an unprecedented disruption as a result of the coronavirus pandemic, COVID-19. In many states, all businesses except those deemed essential have been shut down causing substantial, and likely sustained business income loss. Affected businesses may be able to recover some, or all of these losses, through business interruption coverage within their commercial property insurance policies.

Business interruption coverage is found in commercial property insurance policies, and generally provides coverage for an insured’s lost profits and extra expenses stemming from a covered loss that shuts down the insured’s business.  Coverage generally is triggered when there is direct physical loss (or direct physical damage) to the insured’s property caused by a covered cause of loss, and which results in monetary loss to the insured. The monetary loss should be in the form of lost profits and certain extra expenses to mitigate the loss of revenues.

Business Interruption Coverage
While coverage language frequently varies depending on the insurer and the coverage negotiated, the following is a sample insuring provision for business interruption coverage:

“This policy insures against loss resulting directly from necessary interruption of business caused by physical loss or damage by a peril not otherwise excluded herein to insured property of the Insured, all subject to the terms and conditions of this policy”.

Some policies include time limits to the period of restoration. For example, a civil authority provision may be limited to a specified number of weeks and loss of business income may be limited to a specified number of months.  Policies may also include time limits for coverage of certain expenses, such as ordinary payroll during suspension of business operations.  Many policies limit coverage for ordinary payroll during suspension of business operations to a specified time period such as 60 days.  The period of restoration, when there is direct physical loss to property, generally begins immediately after the time of direct physical property loss and ends on the earlier of the date when the property should be repaired or restored or the date when business is resumed at a new permanent location.  The period of restoration is extended in some policies until “normal” business operations are resumed.

The event that triggers any of these coverages is actual physical loss — without which there will be no coverage for lost income under a first party property policy. A covered cause of loss refers to the causes of the physical damage that an insurance company has agreed to cover. The COVID-19 virus does not cause physical damage to structures or premises, but it can be present in buildings, vehicles, and other enclosed spaces, as well as on outdoor surfaces.

Some courts have found that the actual presence of harmful substances at or on a property can constitute “property damage” that triggers first party property coverage, even though those substances do not physically harm the property. However, the majority of decisions would seem to suggest that COVID-19 does not cause a direct physical loss to property.  Once sanitized, contaminated property returns to its original condition. It also is difficult to know whether property was contaminated by the virus because the virus cannot be seen. Many businesses closed in response to shelter-in-place orders, as opposed to reported cases of the virus.

In the coming weeks and months, we anticipate considerable discussion, and ultimately litigation, concerning the interpretation of insurance policy provisions and whether or not COVID-19 related claims will be covered under existing business interruption policy language.

Contingent Business Interruption Coverage
Many commercial property policies contain riders that provide coverage for contingent business interruption losses. A large portion of the losses suffered by businesses will fall within this coverage, which is a loss caused by damage to a supplier or customer. Many organizations have already reported the loss of overseas suppliers and customers as a result of the pandemic. The “supplier” whose property damage triggers contingent business interruption coverage need not be limited to the manufacturers or distributors of goods. It could be the transportation that brings customers to your business. It is not necessary for a “supplier” to have a supply contract with the policyholder.

Order of Civil or Military Authority and Lead Property Coverage
Closures of public gathering places and all nonessential business activity in major cities worldwide may trigger coverage for losses caused by an “order of civil or military authority” — that is, for loss due to the prohibition of access to a business’s premises if caused by property damage within a specified distance of the insured property. When Super Storm Sandy hit New York City in 2012, some businesses were reimbursed for their business losses because they were prohibited from entering their buildings due to police orders.

Ordered closures could also trigger “lead property” insurance, which covers the policyholder’s lost earnings resulting from the closure of a property that attracts customers to the policyholder’s business. Again, this coverage is typically an endorsement that is specifically purchased by the business because of its reliance upon the business generated by a particular venue or attraction. For example, the closure of local museums, theaters, or sports arenas may trigger lead property insurance coverage.

Claims for Lost Profits & Documenting a Business Interruption Claim
Due to the ever-changing landscape concerning this coverage, businesses with current business interruption policies should consider compiling information as preparation to file a claim. For policyholders looking to file a claim or claim adjusters requesting information to support a claim, the following financial information, at a minimum, should be compiled to assist in the verification of lost profits and extra expense:

Extra Expense
Other costs that may need tracking in a separate general ledger account are:

Thorough claim documentation is one of the foundations for a positive claim settlement. A forensic accountant serves as a resource on certain financial issues that a policyholder, a claims adjuster or legal counsel may not feel comfortable with. The value derived from the forensic accountant is his/her technical knowledge of accounting and familiarity with insurance contracts and the claims process, which may result in a more efficient and accurate resolution to claims for lost profits and extra expense.