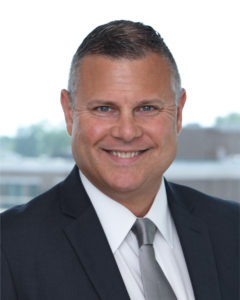 As forensic accountants, we provide objective financial analysis, calculations and advice to support both plaintiffs and defendants in personal injury cases. This article provides a perspective on how a forensic accountant can add value primarily from the plaintiff’s point of view.

In a personal injury case, pain and suffering will often receive most of the attention. However, an experienced forensic accountant can greatly increase the overall value of the plaintiff’s claim by calculating and defining the various economic losses a plaintiff suffered because of an injury.

Forensic accountants will typically offer opinion testimony regarding the amount of money the plaintiff did not, or will not, receive due to the injury that he or she has suffered. The claimed money lost by the plaintiff often includes lost wages, loss in earning capacity, lost business profits, and payments made to others for services incurred because of the injury. Notably, a forensic accountant will typically not offer opinions regarding medical bills or expenses since those damages are usually stipulated in the medical billing records.  Instead, the Forensic accountant may work with a life care planner to project future costs of medical care and related services.

What Economic Losses are Recoverable?

In a personal injury case, a plaintiff is entitled to recover all monetary losses caused by the injury. In smaller injury cases, economic damages are easier to calculate and may be relatively straightforward. If a plaintiff is injured in an automobile accident, and the plaintiff subsequently misses two weeks of work, a forensic accountant may not even be needed. In that case, plaintiff’s attorney may ask the plaintiff’s employer to verify the amount of work missed and wages lost. In larger cases where the plaintiff has suffered more severe injuries, the determination of what economic losses the plaintiff incurred are not as simple.

In determining a plaintiff’s lost earnings or business profits, a forensic accountant will often request and analyze at least five years of the plaintiff’s past income tax returns. By examining these tax records, the expert can determine whether the plaintiff suffered a reduction in his or her earnings following the injury. This analysis can be straightforward for employees with set salaries. However, when a plaintiff is self-employed with fluctuating earnings, the expert must further analyze the business records to determine how the plaintiff’s injury caused the business to suffer a loss of profits.

In most injury cases, certain economic damages information is requested in discovery: the plaintiff’s age, nature and extent of injuries, and the employment status of the plaintiff at the time of the injury. However, in a case where economic damages may be significant, the attorneys will likely dedicate a larger portion of discovery to these issues. Attorneys for both the plaintiff and defendant often turn to forensic accountants to identify what documents should be used to evaluate the plaintiff’s economic losses.

These experts will typically recommend the following documents be obtained and analyzed before the plaintiff’s deposition:

Once the financial records have been exchanged, a forensic accountant can also help with the deposition preparation phase on any economic loss issues. For example, if the plaintiff is alleging the injury caused him or her a long-term or permanent disability, the expert will need additional information, including:

If the plaintiff is a business owner, the forensic accountant will need even more documents to review prior to the plaintiff’s deposition. Such documents may include the business’:

Any calculations used to determine plaintiff’s economic damages must be accurate and reliable. Courts will not simply accept a plaintiff’s own assertion that the injury caused him to lose a certain amount of dollars. The forensic accountant will help plaintiff get their claimed damages into evidence by relying on accurate foundational data and information.

Even if defense counsel agrees that plaintiff’s injury will cause him to lose $100,000 per year for the next twenty years, it is very unlikely that defense counsel will agree to pay a lump sum settlement of $2,000,000. This is because experts projecting future economic losses typically agree to reduce those losses to the present value. The assumption is that any money paid today for future losses will be invested by the plaintiff to make a profit. So, in the example above, the expert would calculate the amount of money that would have to be given to the plaintiff today so that, if conservatively invested, the plaintiff would be able to spend $100,000 each year for the next twenty years.

Consumption deductions are like reductions, but only apply in wrongful death cases. The heirs or dependents in a wrongful death case will typically seek recovery for all the decedent’s economic losses as their own. But the heirs in a wrongful death case are only allowed to recover the economic losses they would have received from the decent throughout his lifetime. If defense counsel can show that the decedent would have spent certain sums of money on personal items as opposed to spending that money on the heirs, then those personal expenses would be deducted as consumption expenditures. These consumption expenses often include items such as a personal car, clothing, and workday meals that do not provide support for the rest of the family.