Genesis of a Fraud Investigation and Major Types of Fraud 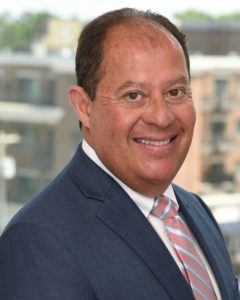 Detecting Fraud Most fraud or forensic investigations begin with a suspicion of wrongdoing. The suspicion may be the result of a tip provided through a fraud reporting portal, an unexpected financial occurrence, a person internal to the Company (such as an owner, director or manager), or the result of an external audit. Steps will normally be taken to conduct a preliminary internal investigation. The purpose of the investigation is to determine whether there are fact patterns that indicate there may have been wrongdoing in the area(s) suspected, determine the possible method(s) employed, and attempt to quantify the questionable amounts involved.  It is shortly after the point of the preliminary internal investigation that we are typically called in for assistance. We are engaged to help prove a fraud for prosecutorial and recovery purposes, as well as to help defend an alleged fraud to eliminate or mitigate the monetary implications of any fraudulent activity.

Asset misappropriation refers to theft, embezzlement, or wrongful use of assets. Typically, it involves vendors and other third parties, as well as management and other employees entrusted to manage Company assets who abuse their position to steal through one or more fraudulent schemes.

Some of the more common types of fraud schemes involving asset misappropriation we have investigated include the following:

Generally, the misrepresentations are claimed in one or more of the four areas described as follows, although they may affect multiple areas:

Corruption and Other Illegal Acts

Corruption and other illegal acts include all other violations of laws or governmental regulations not covered in asset misappropriation or financial statement misrepresentation. There has been a new focus on corporate governance and enforcement of enacted legislation including the Foreign Corrupt Practices Act (FCPA), the Dodd-Frank Act, and the UK Bribery Act to cite a few. As forensic accountants we may serve several roles related to the prevention, monitoring, or investigation of claims related to corruption and bribery.

Some illegal acts may have a direct and material effect on the determination of financial amounts, such as payments of bribes to foreign officials in violation of the FCPA. Such payments may be mischaracterized in a company’s books and records as “consulting fees” or “”commissions” to conceal their illegal nature. Companies may also improperly deduct bribe payments for tax purposes in violation of US or foreign tax laws, resulting in the understatement of tax provisions and overstatement of reported net income. Failure to disclose material effects of bribe payments on a company’s revenues and profits may also violate other securities laws. Other illegal acts may be far removed from the books and records supporting the financial statements, such as violations of antitrust law. Such illegal acts could result in enforcement proceedings that prevent an organization from doing business in a market, region or service line. Although this type of enforcement action is further removed from the financial statements, it may represent a serious threat to the continued profitability and projected result of the business.

Our work in a forensic engagement does not include making a legal conclusion as to the existence of fraud or determining the liability for fraud. While we understand the legal elements, our work is based on an objective evaluation of evidence gathered. That evidence is presented to the client, insurance company or a trier-of- fact who may make legal conclusions as to the existence of fraud.

In proving fraud, the following primary elements must exist: