Inventory Up In Smoke? A Case Study in Forensic Accounting 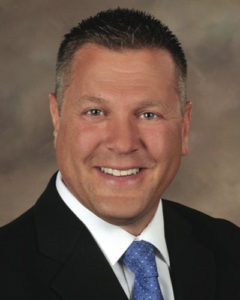 A convenience store was faced with a real problem…it seemed their cigarette inventory was being inhaled. Mounting past due bills forced them to take stock and confront their situation head on. Sales seemed consistent with prior years, so what was the problem?

They began by taking a look at their major purchases, specifically, cigarettes. It was soon discovered that the cost of the weekly replacement order was far exceeding their weekly sales. By installing a hidden camera, they were able to catch the store manager taking several cases of cigarettes from the store…about $900 worth. They contacted the police and continued their surveillance. The same manager continued to take cigarettes, about $1,100 more. They had found their thief…it was time to file an insurance claim.

The owner logically calculated his loss by comparing the cost of cigarettes to their sales since the hiring of the accused manager over four years ago. Indeed, their costs exceeded their sales by more than $150,000, and well in excess of the $100,000 policy limit.

The insured had obviously spent more money for cigarettes than the sales they recorded. They also caught their manager on videotape stealing from them. But is that all there was to it? Had they proven their case? What else may have occurred? A self-guided tour of the insured’s location revealed a situation ripe for pilferage. The entire cigarette inventory was displayed on accessible retail shelving; easy access for any shopper (or shoplifter).

Speaking with the insured, we learned they had been notified by other local retailers in the area that a band of kids was hitting stores in the area and stealing cigarettes. We also learned that the previous store manager had stolen from them and was fired. Despite on-going losses and mounting past due bills, management had conducted no inventory counts in the last four years, nor had they made any efforts to tighten internal controls and deter thefts.

THE HIGH COST OF BAD MANAGEMENT

This loss occurred in small increments over an extended period of time. Previous losses had not motivated any strengthening of internal controls. Cigarettes were easy to steal…by anyone. In over four years the insured never compared cigarette revenues with their cost.

The accused manager had been videotaped stealing a total of $2,000 in cigarettes and the total theft was estimated to be in excess of $150,000!! Unfortunately, the insured’s policy did not provide coverage for the “apparent” theft losses that occurred prior to the start of videotaping and only provided coverage up until the time an individual is actually identified as a thief. Therefore, the additional losses prior to videotaping and the videotaped losses used to build a criminal case were not covered. Based on the policy in force, the claim was adjusted to just $900, the only amount proven to have been an employee theft loss prior to identification. The remainder of the loss, in excess of $150,000, was just the high cost of doing business the way they chose to do it, totally lacking in any form of internal controls or prior surveillance capabilities.

Listed below are some steps businesses can take to save money and control inventory:

Lastly, businesses should regularly review their business insurance policies with their agents to be sure they are adequately covered.