The Case of Lotto Fever! 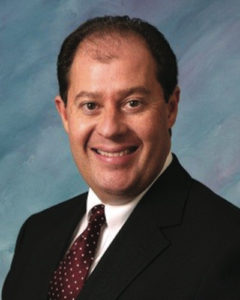 The Plaintiff in this case owned and operated a convenience store in the suburbs. While running the store, he had managed to earn a consistent, though modest, income for many years. One evening, upon his return home from the store, he received a phone call advising him that his business was on fire. He quickly returned to the scene, only to watch as he lost his livelihood went up in flames. Fortunately for him, he had insurance! That’s how we got involved.

The Plaintiff claimed to have locked up the store and headed for home roughly 10 minutes before the blaze broke out. He was allegedly alone in the store when he closed. He claimed that everything appeared normal before he left. Interestingly, upon returning to the scene and seeing the fire, he reportedly proceeded straight to a bar across the street…he supposedly never spoke to any of the firemen at the scene.

Bring on the Forensic Accountants

In every arson case, motive must be established. Typically, the motive is financial in nature. Once engaged, we set out to assess the financial condition of the owner prior to the loss to determine if he may have had a financial motive to burn his business.

We began with a review of his business operations. We learned that sales had been steadily declining in each of the four years prior to the fire. In fact, we discovered the business had been for sale for over a year, with no potential buyers in sight. Competition from the large chains that had moved into the area had become intense, contributing to declining sales. To continue his personal income level, the owner was forced to cut his payroll and expenses. This meant that the he had to spend many more hours at the store. Increasing competition, declining sales, longer hours with no end in sight…all these factors surely contributed to the business owner’s next move.

We then reviewed the owner’s personal financial situation. Not surprisingly, due to declining business sales, his personal income was also declining. Future growth of income was not likely…at least if he continued to rely solely on the convenience store for income. We determined his personal debts were mounting. He had virtually tapped every conceivable dollar of credit card and personal debt he could get his hands on.

Unfortunately, he decided to turn to gambling as the solution to his problems. Lotto would be the answer! Unlike most people, however, the business owner had access to his own lottery machines right in his convenience store. So, he began to play.

Within a two-month period, weekly lottery sales had grown exponentially! A comparison of sales to jackpot values revealed no consistent or meaningful correlation. There was, however, a correlation between the fire and the State Lottery Office looking for its lottery sales proceeds!

Initially, the business owner did not win much money. In fact, just two months before the fire, he had to use about $20,000 of home equity loan proceeds to pay the Lottery what they were due. This bought the himself more time to hopefully strike it rich. About two weeks before the fire, he won a net of between a $8,000 and $10,000! He got more daring. He “acquired” nearly $40,000 worth of lottery tickets just days before the fire. Unfortunately for him, he collected only $20,000 of winnings, for a one-week net loss of $20,000! With no more financial sources to tap, all his equity fully depleted, and facing a payment to the State Lottery Commission of over $20,000, he apparently resorted to arson. (By the way, he claimed that the cash due the lottery was inadvertently left in a brown paper bag inside the store and was lost in the fire.)

All said, the evidence was overwhelming and financial motive was proven. The business owner lost his case; the attorneys and insurance company won theirs.