The Impact of Inflation 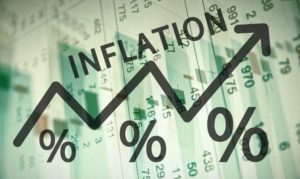 Inflation may be defined as a general increase in the average prices of goods and services. Forensic accountants and economists refer to wages and interest rates with no inflation adjustment as “nominal” wages and nominal interest rates in contrast to “real” wages and real interest rates where inflation has been removed. In Jones & Laughlin Steel Corporation v. Pfeifer, 462 U.S. 523(1983), the Supreme Court said it was acceptable for damages to be addressed with nominal or real analyses.

The choice of presenting economic damages in real or nominal values is largely up to the forensic expert and attorney. While the Supreme Court [Jones & Laughlin Steel Corp. v. Pfeifer, 462 U.S. 523,103 S. Ct. 2541 (1983)] said both methods are acceptable, it also expressed a preference for real methods and favored discount rates in the range 1% to 3% above earnings growth. Some experts prefer to remove the effect of inflation on future wages to avoid shocking the jury. For example, an earnings loss 20 years in the future, with a $50,000 per year base earnings level and a 5% annual rate of nominal earnings growth, is $132,665.  This figure may seem excessive to some jury members; whereas if future inflation is 3% per year, real wage growth is only 1.94%, then real earnings level in 20 years is $73,457, which may appear as a more reasonable level of future earnings.